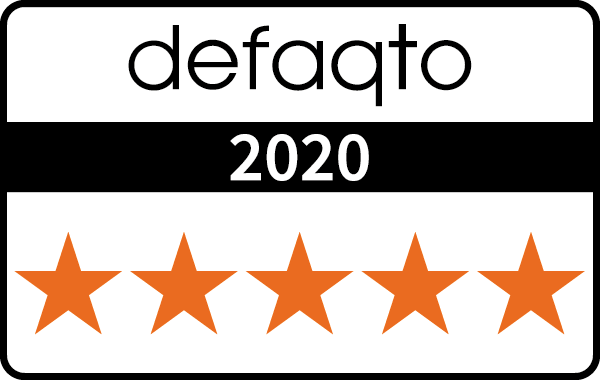 We take the hard work out of comparing reviews by collecting real user reviews from multiple platforms, as well as our own, before applying our unique algorithm to ensure you can find the best providers based on real-world customer experiences and personal reviews. Tell me more.

This is a no nonsense account, no frills no being duped into taking out additional services. Absolutely perfect for people who don’t want constant emails or calls and just simply for an account where you can pay in, take out and use your debit card. Would recommend this to anyone.

Thanks for leaving a review, Laura.

I have used Nationwide now since starting work back in the eighties. I have never had any issues and have used them for lots of different reasons.ie saving, mortgage, credit card. I have found that nationwide move with the times and that's what makes them so successful.

Glad to hear that Nationwide offers everything you could want from a bank. Thanks for leaving a review, Samantha.

I've been a customer with Nationwide for over 10 years now and have always found their service to be impeccable. Their banking app is easy to use and their customer service is attentive, and when I recently applied for a personal loan the process couldn't have been easier. I would thoroughly recommend.

That’s wonderful to hear. Thanks for leaving a review of your Nationwide current account, Katie.

I have been with this bank for 13 years and the offer great service.

Pleased to hear. Thanks for leaving a review.

Easy to open and no fuss bank account! Exactly what was needed.

Great to hear. Thanks for leaving a review of Nationwide, Laura.

TrustPilot gather reviews for a variety of different services and brands. They rate each brand or service out of ten and provide the additional option of reviewing them.
Read reviews on Trustpilot

Smart Money People allows consumers to rate a variety of financial services and providers. Each provider is rated out of five, with the average score taken from the ratings of each financial product.
Read reviews on Smart Money People
Open an account

Nationwide’s FlexAccount is their simple, free current account. A FlexAccount includes, but isn’t limited to the following benefits:

Compare current accounts to see how Nationwide perform against their competitors.

Alongside their FlexAccount, Nationwide offers a range of current accounts that come with additional benefits that might be better tailored to your personal banking needs.

Packed with perks and insurance benefits for a £13 monthly fee.

An account tailored to the needs of students. This account could suit you if you’re 18 or older and have been accepted for a UCAS course that’s at least 2 years long. This account is completely fee-free even when using your card abroad. You can also get a fee-free overdraft of up to £3,000 by year three.

Yes, you can have as many Nationwide current accounts as you like. So, if you have your eye on more than one of the great accounts that they offer, you can go ahead and apply today. However, you should always check out what the competition is offering to see if there’s an account out there that better suits your needs and you should always be wary of opening multiple accounts just to benefit from features like overdrafts.

You can apply for a Nationwide current account both online or in a branch, however, if you apply online, you might be asked to visit your local branch to provide proof of your identity. To open an account, you need to provide Nationwide with the following information: